Multi-platinum chart-toppers X Ambassadors continue their ever-growing global live voyage with the announcement of The Orion Tour, which sees the band perform across international waters throughout February and March 2020.

This huge run includes a full European stint where they will be kicking things off in the UK and includes a date at a secret London venue that will be revealed next month.

The band will be celebrating the release of their new album ORION as well as the hit single ‘In Your Arms’ with dance producer and artist Illenium which was released to an immediate rave response in August.

2019 has been a whirlwind of a year for the trio, with ORION setting new heights for the band, featuring the big hits such as the lead single ‘BOOM’, which incorporated Braille into the artwork design, dedicated to their keyboardist Casey Harris who was born blind, and the follow-up ‘Hold You Down’, which frontman Sam Harris penned about his bond with his brother.

The album also saw the band play triumphant shows across the globe to sold out audiences including London’s Scala earlier this year.

X Ambassadors also expanded on their already impressive list of collaborative ventures, with co-writing and producer credits on three songs (‘Cuz I Love You’-- the title track, ‘Jerome’ and ‘Heaven Help Me’) on Lizzo’s acclaimed debut album and eight songs on the For The Throne - Music Inspired By The HBO Series Game Of Thrones soundtrack, adding to a portfolio which includes with the likes of tracks with Eminem, Tom Morello, Imagine Dragons, Wiz Khalifa, Suicide Squad and the Netflix Original Bright.

The upcoming tour adds an exciting new milestone in X Ambassadors’ career, with many territories getting to witness their flawless live show for the very first time and this time they will be bringing even more excitement to the stage. 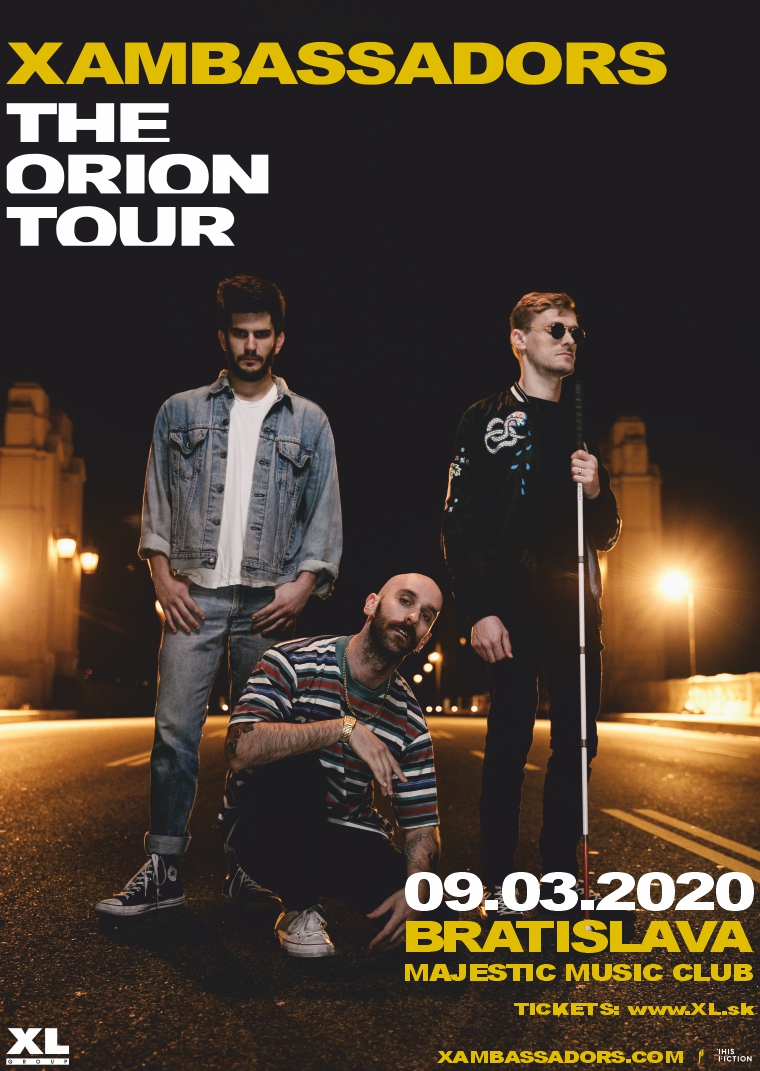